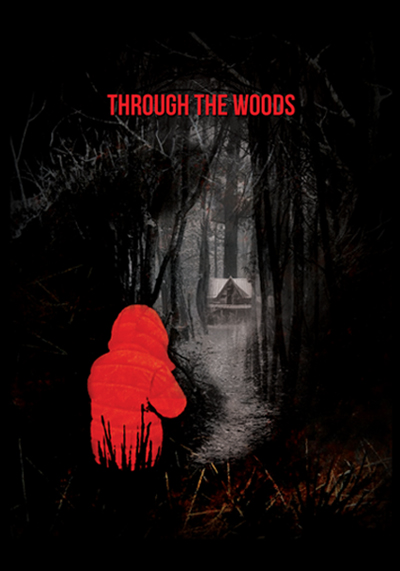 Under a full moon, a timid teenage boy discovers his alluring neighbor’s horrifying family secret and must find the courage to survive a lethal game of cat-and-mouse against a lurking werewolf with a twisted human intelligence.

THROUGH THE WOODS grounds the werewolf genre in a cinematic reality akin to what 28 DAYS LATER did for zombies. The werewolf lurks just off camera much like the shark in JAWS, creating bone-shattering tension and suspense before the monster is finally revealed in all its horrifying glory.

JASON KESTER’s teenage obsession with staying out all night to voyeuristically watch over his neighbors stems from his own broken home. Jason’s parents (PAUL and NATALIE) are so wrapped up in their own drama they barely regard Jason’s nightly absences, even with a series of unexplainably vicious animal attacks occurring close to home.

KATE SEVERIN (the girl of Jason’s dreams) is their closest neighbor, a stretch of forest separating her and Jason. Kate’s mother was recently killed under mysterious circumstances, leaving just her and her father (CLIFFORD SEVERIN), a recluse with something to hide.

One fateful night, Jason crosses the dark woods to spy on Kate’s private life and discovers the family secret; Clifford Severin is something only thought to reside in nightmares… A WEREWOLF.

Fleeing the scene in a panic, Jason inadvertently unleashes the hellhound. He attempts to make his way back home only to realize WOLF is stalking him. And it knows how to be quiet. The only way for Jason to survive the night is to help Kate kill her werewolf father before it kills them.

As Wolf cuts a bloody path of gore towards Jason’s taken-for-granted home, Jason must finally muster the courage to throw everything he has at the monster before Wolf’s curse eviscerates everything he holds dear.