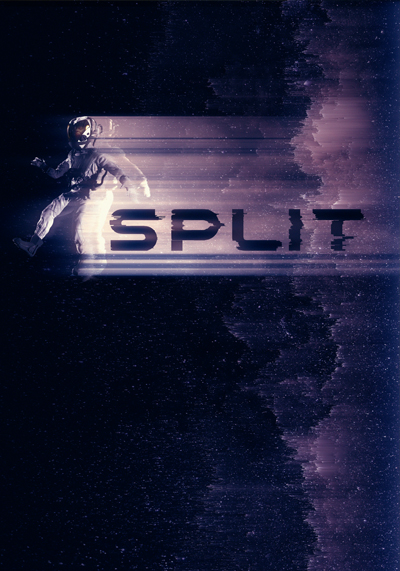 On a desperate journey to find humanity a new home, a team of astronauts discover that breaching the speed of light comes with unintended consequences and horrifically unspeakable truths.

AARON GIBSON (emotionally guarded and apprehensive astrophysicist) is chief architect of the AVENIR, an interstellar ship capable of reaching light speed. Aaron is joined by an elite crew including SARA MALIK (self possessed chief zoologist), selected for a mission to explore humanity’s potential new home on the planet Kepler.

Objects within the ship’s galley mysteriously duplicate, and destructively merge together. To make matters worse, one of the ship’s crew is severely injured when he becomes fused with part of the Avenir itself.

Aaron soon understands why the unmanned tests were so successful, and their inaugural flight so doomed. The conscious mind of each and every crew member aboard the Avenir has created a dangerous quantum anomaly. Every decision the crew makes, regardless of significance, creates an entirely new universe entangled with their own. The faster they go, the more unstable their reality becomes.

Cut off from navigation and unable to stop the ship, the anomaly wreaks havoc, killing everyone aboard save Aaron and Sara. When the Avenir overtakes light speed, they enter a bizarre realm, where time becomes meaningless and every possible universe occupies the same space.

Here, Aaron comes face to face with his other; THE KEEPER. Aaron’s mirror in every way, with an oddly prescient knowledge of their strange circumstances and a shadowy outlook on humanity’s future. Stopping the ship may kill them all, but every moment they don’t passes like a Clinging to the last threads of sanity and with the odds stacked against him, Aaron must gather enough strength to become humanity’s salvation. Pushed to the edge of time and space can we become greater than ourselves, or are we forever destined to be our own worst enemies?

Split is about one individual’s eternal journey of literal self reflection that fuses the inscrutable horror of John Carpenter’s The Thing with the backdrop and desolation of Danny Boyle’s Sunshine. Mind bending SciFi with characters on the ledge of infinity.