End of the Road’s Positive Reception So Far!

It has been a month since we released End of the Road out into the wild of free streaming/ downloading and what a month it has been!

We have had an avalanche of positive reviews and almost every aspect of the short has been praised! People seem to be craving a feature-length helping of Unmanned Media’s version of the legendary lycanthrope.

Check out the links below for updates on all-things End of the Road (and a hint of Bad Meat)!

J. Spencer (Writer, Director) and myself did a podcast interview for the Howl Out Cast (a werewolf-lovers podcast series). Check out our episode (149) below…
http://www.stitcher.com/podcast/howl-out-cast

We also did an interview with Mike Haberfelner over at Search My Trash about all things EotR as well as their upcoming project… Bad Meat!
http://www.searchmytrash.com/articles/jspencerblainemoir(4-16).shtml

Below you will find links and choice quotes from some of the most prominent reviews we have received.

www.werewolf-news.com
“… feels like a particularly vicious Tales from the Crypt episode.”
“… a brutal, funny and supremely-well-made horror short. There are flourishes of pacing and character detail that delighted me so thoroughly that after watching it once, I immediately started it again…”
“J. Spencer and his colleagues are making the case for a feature-length werewolf project…”

http://www.brutalashell.com/2016/04/horror-in-short-end-of-the-road-2015/
“A snapshot of gore-infused Americana, End of the Road is fun, and showcases some intriguing strengths along the way – without feeling the need to tell us everyone lived happily ever after.”

http://www.horrorsociety.com/2016/04/06/review-end-road/
“… the gorehounds are going to love the Hell out of End of the Road.”
“… End of the Road is the werewolf equivalent of the Feast franchise…”
“… the cinematography and the way the script is executed on screen is so invigorating and the short run time gives fans the opportunity to stay interested from start to finish.”
“… a fantastic directorial debut from Spencer and a debut short film from Unmanned Media.”

http://prettyscary.weebly.com/blog/end-of-the-road-2016?platform=hootsuite
“The quality is impressive for a short film.”
“I was really impressed and left wanting to see more…”

http://horrorfuel.com/short-film/look-short-horror-film-end-road
“End of the Road is a great short film… I truly enjoyed the film and I think you will too.”

http://www.dreadworld.com/2016/04/short-film-end-of-road-packs-big-bite.html
“…’End of the Road’ is the short film you show your parents when they tell you that you need to be nicer to people…”
“The short has a sense of humor that’s balanced out by its growing sense of dread, and when shit starts to go down – it really goes down.”

http://horror-fix.com/review-end-of-the-road-2016/
“… We get a genuine sense of claustrophobia, dread and helplessness that finally elevates the creature back to the terrifying icon that has been diminished over the last two decades…”

http://www.aintitcool.com/node/74971
“…some great moments of tension packed into a short feature–not to mention the transformation scene and the monster itself is really well done…”

http://www.searchmytrash.com/movies/endoftheroad(2015).shtml
“… concentrates on fleshing out its characters, creating suspense and setting the shocks just where they belong…”

http://www.themoviewaffler.com/2016/04/shorts-showcase-recursion-end-of-road.html#.VxerCpMrKRt
“… the realisation of the werewolf is intriguingly weird and unique, almost Giger-esque with its pointed claws and ferine wetness, and Spencer’s camera prowls and cuts with an alpha sophistication…”
“… this film is dazzling to look at.”
“… a proper, well-crafted, drop-your-popcorn scare… typical of this strong short’s energetic and entertaining atmos.”

https://adamthemoviegod.com/end-of-the-road-review/
“Every once in a while you’ll happen upon a really ambitious and surprising film (especially in the short medium), for me that film was End Of The Road.”
“End Of The Road is very much an overdue and specific Horror short, made by fans of the Werewolf sub-genre, for fans of the Werewolf genre.”
“The use of sound effects were crucial to its suspense and all the practical monster/makeup and gore effects were simply fantastic.”
“Spencer’s given fans something they’ve desperately been hanging out for and I hope he and his crew get another chance to give us even more.” 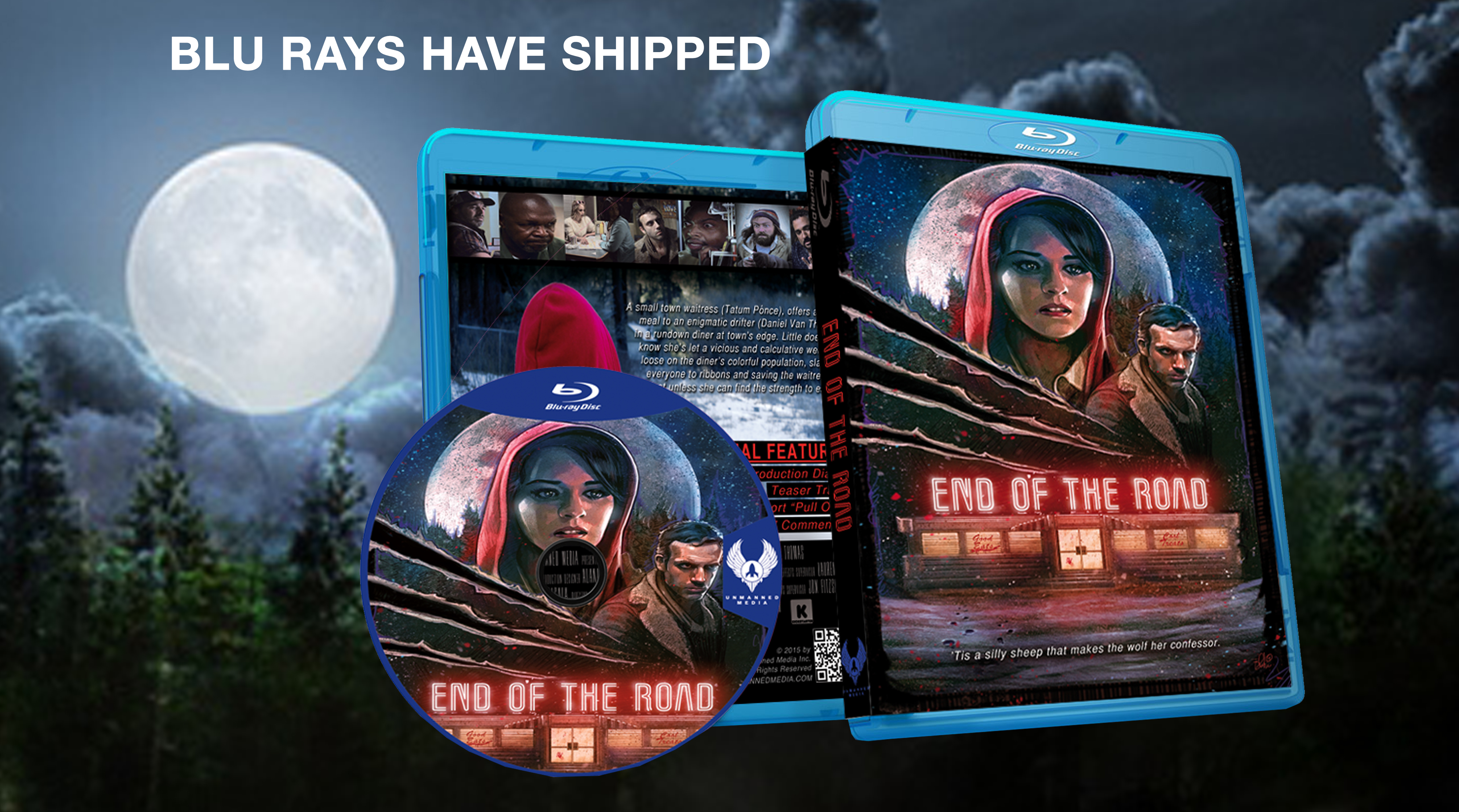 We're please to announce The Blu Ray Disks for End Of The Road have shipped to all of our Kickstarter backers. Blu Rays Include: The 8 Digital Production Diaries The Original Teaser Trailer The Kickstarter short film that jumpstarted it all : PULL OVER And 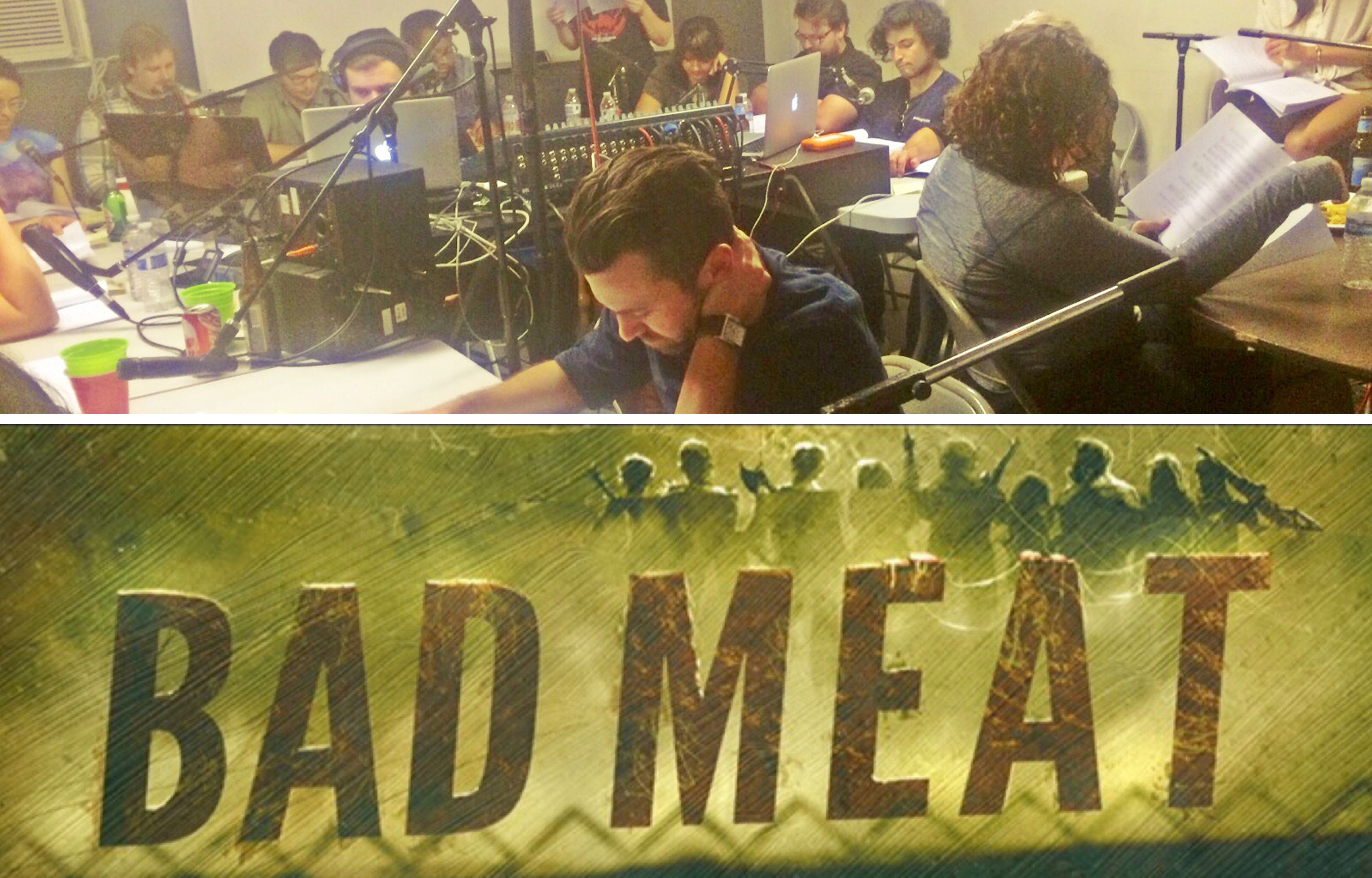 Good News! Our live script reading of BAD MEAT (werewolf versus zombies!) and BBQ was a huge success!!! Thank you to all the wonderfully beautiful people who attended and made the event hilarious and oh so worth it! :D 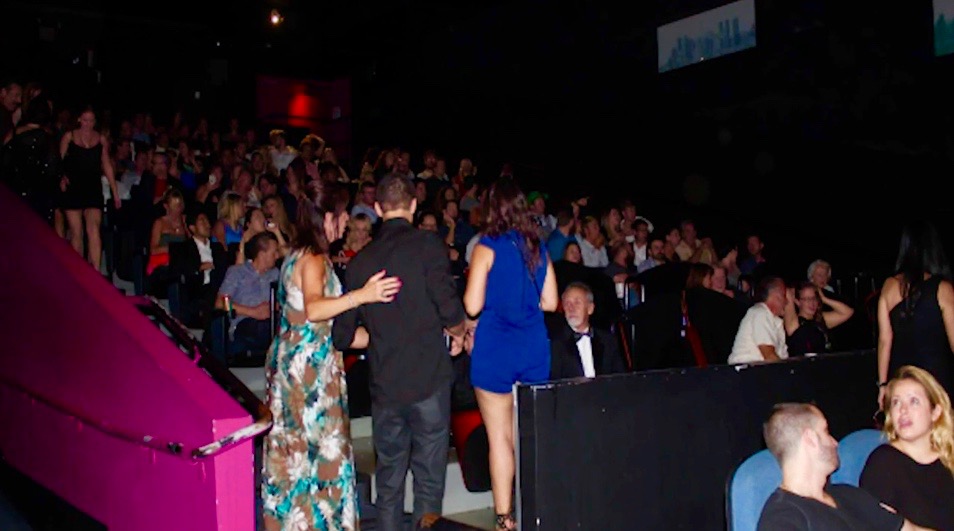